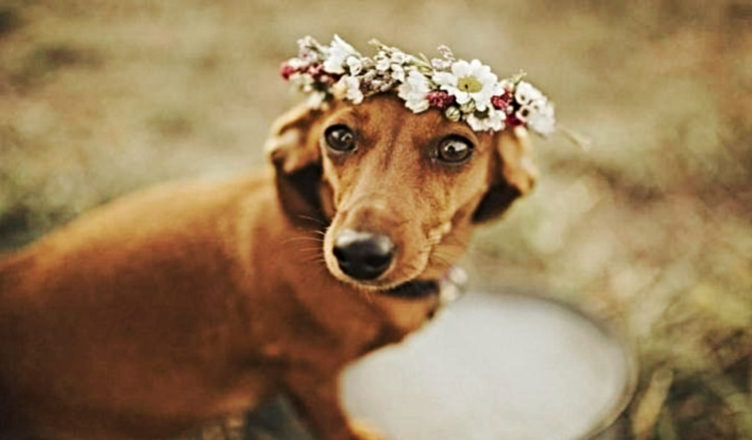 Vicki Miller, a photographer from Queensland, spent only 20 minutes on a work that could bring her,if not a worldwide fame, then a minute of triumph on the Internet for sure.

Her pet, Cindy,is an extremely photogenic dachshund who is about to give birth to five puppies. That is a wonderful reason for a romantic photo shoot.

The crazy idea was from a series “Just for fun.” Many pregnant women want a photo shoot with flowers, ribbons and in the background of nature,so that photographer Miller has seen millions of photos in this style.

And it was not difficult for the photographer to organize a similar procedure for the interest of dog owners, since Cindy is an extremely obedient “model”.

And it soon turned out that half of the Internet fell in love with Cindy’s pictures.
Vicki Miller announced that when the puppies appear in a few weeks, there will be a professional photo session with newborn babies. Maybe even the daddy dachshund will be involved in the process if it is possible.

It is not difficult to find him, but he is far from being as calm during the photo  shoot as Cindy is. We’ll come up with something interesting for you!- the photographer promises.

Are there any pet owners among our favorite readers? What can you say about this unusual photo shoot?