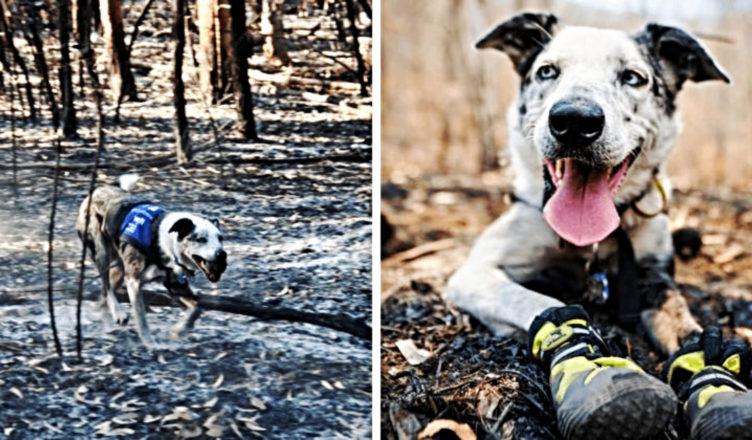 We believe that it is fair to say that most of us have heard about Australian bush fires that occurred from September 2019 to March 2020 and strongly impacted the fauna and flora of the country. The fires were the most serious in the state of New South Wales.

The drought and fires that took place last year are the most urgent symptoms of the climate crisis in Australia. Disasters such as fires and floods have devastated the livelihoods of farmers and caused millions of dollars of damage.

Unfortunately, because of these intense fires, many animals have also been seriously injured or died in Australia.

Koalas living in the wild have been the most affected, since more than 60,000 of them have suffered from this tragedy. However, many of them have been saved through volunteers, firefighters and a particular dog.

Today we would like to introduce Bear, a dog that saved more than 100 koalas during the black summer bush lights in Australia.

Meet Bear, a dog that saved more than 100 koalas during the bush fires in Australia.
He is the only dog in Australia to be trained and able to find Koalas by sniffing their fur and their excrement.