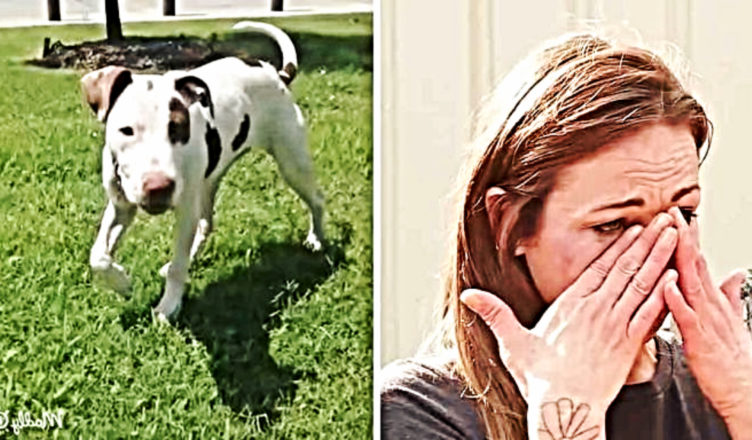 The video begins showing Tanya Stewart, who’s in tears as she tells her story. She recalls how Oklahoma City Animal Welfare recently raided her home and took her beloved dog, Hazel.

We briefly cut to new reporters, who explain that Tanya was recently arrested after she broke into the animal shelter. Her mission? To take her dog back from the city.

Understandably, Tanya did not want her dog to be euthanized, so she decided to break her out. City officials had deemed Hazel “dangerous” due to a few prior biting incidents and one dog fight.

Hazel had been with Tanya since the dog was two months old. The pair had endured many challenging times, including an abusive relationship and homelessness. However, Tanya explained that her dog was not aggressive, only over-protective.

It’s no surprise that Tanya loved Hazel, having relied on her so much throughout the years. “Why would you kill somebody that somebody loves so much?” It took Tanya three tries, but eventually, she could free Hazel.

She brought her back home, and they enjoyed a few peaceful days together. However, the police soon caught up with Tanya, arresting the woman and retaking her dog.

Charges have not yet been filed, but sadly, Hazel has been put down (based on a judge’s orders). Our hearts go out to Tanya: she says she doesn’t regret doing it one bit, as long as Hazel knew that she tried her best to save her. “I didn’t want to break any laws, I don’t want to harm anyone, I just wanted my dog.”