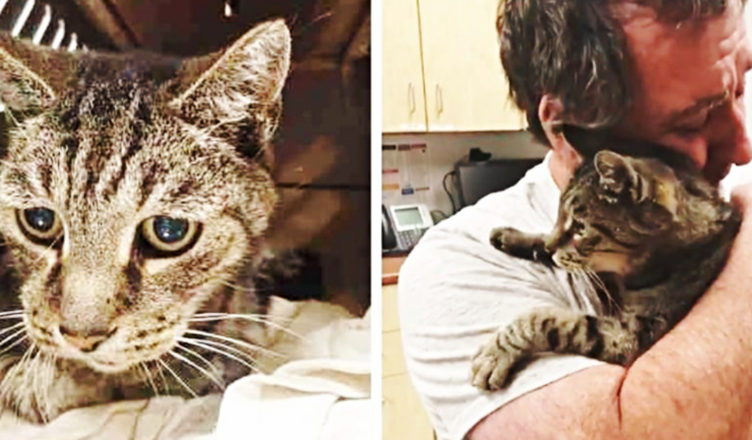 Pets are not just some kind of animals, they become real family members. And when something happens to them, it brings pain no less than if something sorrowful happened to a person.

Robert from California (USA) in 2012 experienced a drama: his cat Chebon disappeared. According to The Dodo, the man even postponed his move to Ohio in hopes of finding him.“I remember how one day I prayed and said: «God, I will do everything, just give me Chebon back.”

But time passed, and the search did not bring success. After a year of unsuccessful attempts, Robert gave up. Here this story could have ended on an emotional note, but that was not the case.

In 2019, a kind woman found some stray cat and took it to the vet

The cat was dehydrated and tortured by the street life, but surprisingly healthy. The cat had a microchip, and when it was scanned, it turned out that the cat was 19 years old, and the name of Robert also appeared. It was Chebon!

Thanks to the microchip, veterinarians contacted with Robert

Robert was worried that there was some mistake. As soon as possible, he went to the shelter where the cat was.

Robert was brought into the room, and as soon as the box with the cat was opened, tears appeared in his eyes

It seemed like there was no 7 years of separation

The cat put its paws on the shoulders of the man, and then he could not control himself

All those present also could not help crying

What a wonderful spiritual connection between human and the animal!