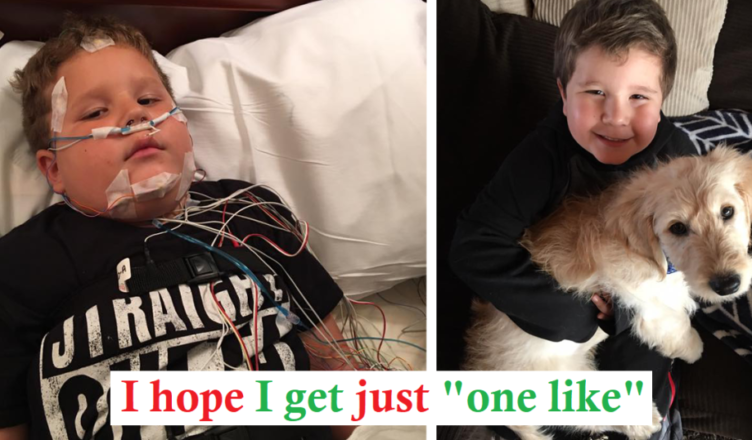 This is Bryce Hill, a little child with a huge heart.

The young Illinois native’s juvenile pilocytic astrocytoma, a rare brain tumor that appears in infancy, was identified as her condition last year. Since then, Bryce has had an uphill battle that has required numerous visits to the hospital for diagnostic procedures and chemotherapy treatments.

Even on his birthday, he never stops considering those in need, despite his personal struggles.

In January, Bryce celebrated his sixth birthday with family and friends. But instead of asking for gifts, he requested that attendees give stuff to his neighborhood animal shelter.

That is precisely what they did.

Bryce visited the Illinois Valley Animal Rescue (IVAR) last month and delivered the toys and supplies for needy animals that he had devoted his birthday to collecting.

Bryce Panther’s mother, Gina Panther, told The Dodo, “I’m quite proud.” He is the most adorable boy.

However, Bryce’s generosity doesn’t stop there. He was inspired to get more active after that trip to the shelter.

Panther stated that the IVAR “made him an honorary volunteer and he played with all the cats as his job.” “One time per week, or as often as he can when he feels good, he plans to volunteer. He is eager to play with the kitties once more because he enjoys it so much.”

The tumor therapy Bryce is receiving is working well, so perhaps he will have many opportunities to continue his volunteer work at the shelter.

He has a puppy at home to cheer him up while traveling in the interim.

For updates on his progress or to leave a note of support, visit the Facebook page Bryce’s Battle, No One Fights Alone.