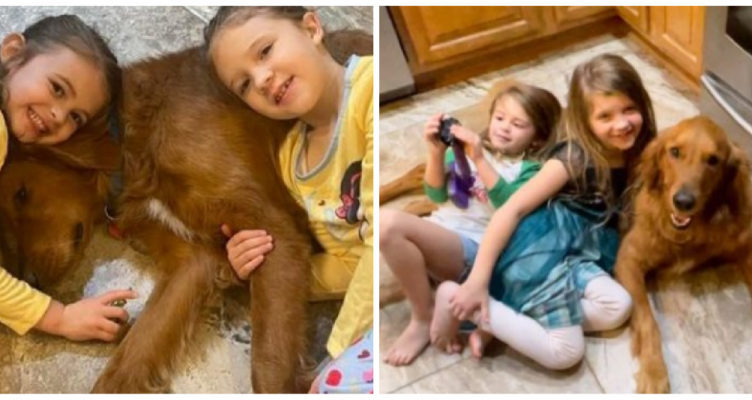 The events of this story took place in the town of Folsom, Louisiana, The two sisters, Abigail and Cecilia, aged 7 and 4, were playing in the yard of their house.

And when their mother Mary called them, no one answered, because the young girls were gone. Their golden retriever dog, named Artemis, was also missing.

The mother immediately contacted the local police and a group of dozens of people searched for the children.

To find the lost trio, they even used a helicopter.

After five hours of searching, the girls were found around nightfall, two kilometers from their home, surrounded by their faithful four-legged friend.

According to the children’s mother, when Artemis heard people coming, he started barking, which made it easier to find them.

Artemis guarded the children, protecting them from any danger,” their father, Justin, told WWL-TV.

Sharing the story on her Facebook page, Mary said: “Seeing the police approaching, he even growled, because he was protecting our babies.”

In her post, the mother added that despite the bad memories of that day, both sisters were doing well.

The local sheriff’s office shared a heartwarming video of the reunited family and thanked the community and Louisiana State Police for their help in the search, calling it a “very happy ending.”

The family was very grateful to the brave doggie Artemis who had become the hero of the day.