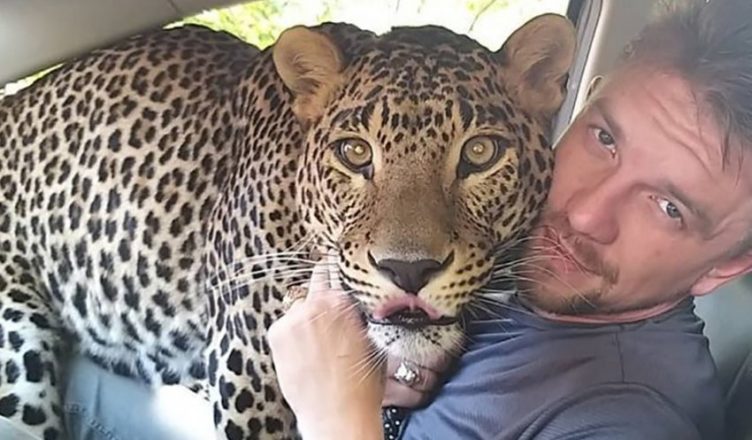 Alexander became famous on social networks because of his unusual pet.

Today we will tell you how a 30-year-old man did not leave a leopard in trouble and took him to his house.

Alexander used to work at the zoo. His job was to look after the predators. Even then, he drew attention to a beautiful leopard named Caesar. The animal seemed very sad; he was very homesick for his dead friend, with whom they shared a cage. Then the zoo had financial problems. Alexander decided to ransom Caesar and take him to him.

The guy did everything to create favorable conditions for the predator to live in his house, he converted one room into an aviary, but the animal was very contracted. Caesar is always next to his master. It’s like he thinks he’s just a big cat. Under the same roof, the leopard and Alexander have been living together for more than three years. “He completely changed my life, that’s for sure. Who am I to him? Probably, most likely, a friend, but not the owner. We have a complete understanding. We even get sick at the same time.”

The guy didn’t take Caesar on a whim. This leopard needs special care because it is tame and will die in the wild.

He takes care of his pet constantly and pays a lot of attention to his nutrition, health, and training. He walks a lot with Caesar, educates him, learns to understand, and is always on alert. As a result, the leopard is calm, does not show aggression, and feels great. This is a tremendous job!