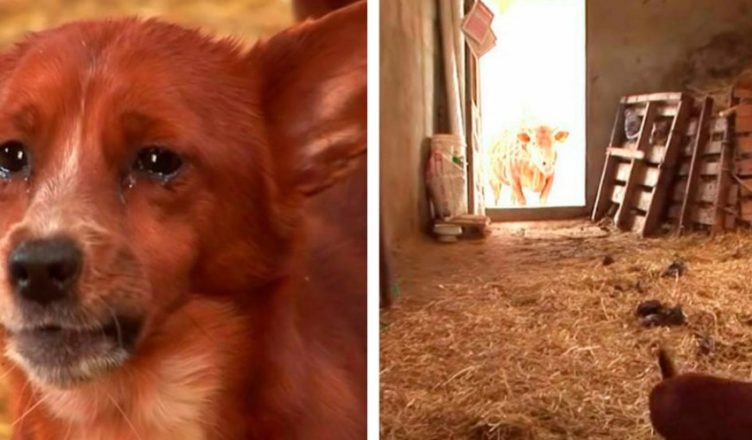 This story is like a melodrama. But it actually did occur. The farmers got a dog, which they named Ruuki. The dog immediately settled into his new surroundings and made friends with the other farm animals. A red cow was the dog’s largest companion. The dog stayed at her side at all times. The man’s dog spent more time in the stable than in the yard of the owner.

Their measured and harmonious life might have continued had it not been for the farmers’ money problems. So they decided to sell the cow. On the day she was given to the new owners, Ruuki was in disarray.

He ran around the people leading the cow out of the stable and barked madly. At one point the dog ran up to his foster mom and friend and licked her muzzle. The cow reciprocated the friend’s affection as well.

Rookie found it incomprehensible that they were apart. When his pal was carried away by strangers, the dog’s eyes started to well up with tears. The dog experienced severe depression in the wake of everything that had transpired. He consumed little food and liquids. Ruuki focused his attention on a single area. The dog constantly sat in the stable and yearned. But after a few days, he abruptly stood up and ran off in an unidentified direction. The creature vanished for several days.

Soon after, the farmers’ home’s phone started to ring. The person who had purchased their livestock called. It came out that the dog had traveled hundreds of miles to see his pal after using his nose to locate the cow.

After some discussion, the cow’s previous owners opted to purchase it back on the same day. They chose not to split up their animals once more, despite the fact that they needed the money.